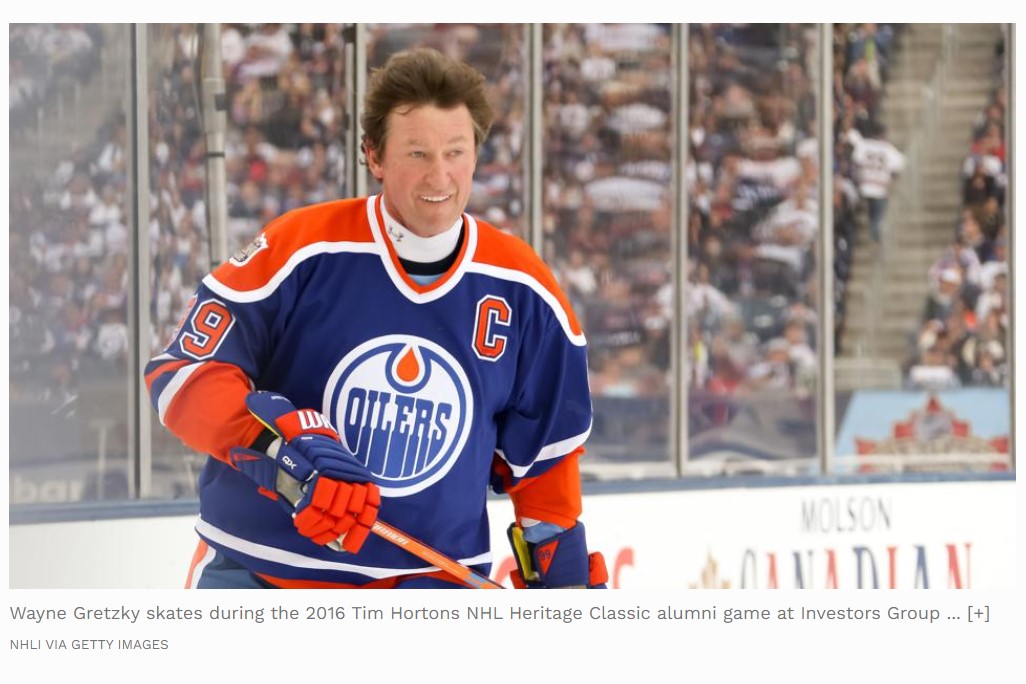 A Wayne Gretzky card from his rookie season with the Edmonton Oilers sold for $3.75 million in a private transaction, Heritage Auctions announced Thursday, more than doubling the previous record for a hockey card.

The 1979 O-Pee-Chee Gretzky rookie card is one of only two known to be graded as a Gem Mint 10 by Professional Sports Authenticator. The only other such version sold at auction for $1.29 million in December, becoming the first hockey card to sell for more than $1 million.

“There are just a handful of cards out there to reach such stratospheric heights, and they bear such names as Mickey Mantle, LeBron James, Mike Trout, Honus Wagner and Michael Jordan,” said Dan Imler, Heritage Sports’ vice president of private sales and consignments. “It’s only fitting that greatest hockey player of all time, and one of the most beloved and revered athletes of the 20th century, joins their estimable ranks.”

“Throughout many years of collecting, this card has always been our ‘white whale,'” said the buyer, who wished to remain anonymous. “Our family is thrilled to become the new guardians of this world-class hobby treasure.”

The Athletic ranked Gretzky’s O-Pee-Chee rookie card No. 10 on its list of the 25 most iconic sports cards of all time last year.

Gretzky will join TNT as a studio analyst for the 2021-22 season when the NHL’s TV contract starts with the broadcasting company. TNT signed him to a multi-year deal to work during the regular season and playoffs.

Why is this card so special?

Craig Custance, NHL editor-in-chief: This is the rookie card of the greatest hockey player who ever lived. That’s the simple answer.

But it’s also notable that there are fewer of this Gretzky card in existence than, say, a Michael Jordan rookie card. So when you compare Gretzky to his contemporaries and his appeal across all sports, it adds additional value and demand.

While it may not be at the very top of the list of most recognizable sports cards, it certainly is the most recognizable hockey card and one Canadian hockey fans are surely looking for right now in their closets if they weren’t already.

What this says about the sports card market

Custance: There were some theories that the end of quarantine and people stuck at home would mean the end of skyrocketing sports card prices, but this sale is just the latest example that this theory is flawed.

Card prices continue to break records, especially the most iconic cards in the market and there’s nothing more iconic in the hockey space than a Gretzky rookie. If you’re wealthy enough to be collecting rookie cards of the best player in each sport, this card has to be in your collection. And this particular Gretzky rookie is a gorgeous example of it.