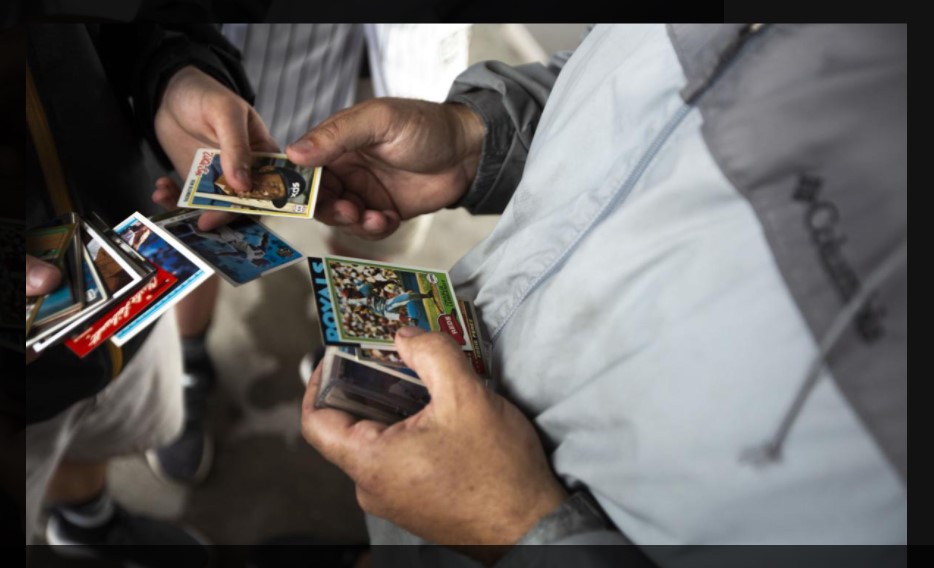 Employees reporting for the early shift at the Target store in Mount Pleasant expected a typical May 2021 morning. Instead, they found a line – mostly middle-age and young men – extending from the front door almost to a pine belt separating the parking lot from the Isle of Palms Connector.

“It was like Black Friday,” a Target manager said.

Sports card collectors found out the night before that a new shipment was going on the shelves. They poured in. They jostled as they grabbed single packs and whole boxes of the various brands of freshly printed baseball, football and basketball cards.

There were similar scenes three miles away inside the Walmart store at Mount Pleasant’s Wando Crossing shopping center.

“They come in and they just swarm the cards,” said Missy, a Walmart manager.

A sports card boom featuring off-the-charts demand led to violence outside a Target store in Brookfield, Wis., on May 7 when a man reportedly pulled a gun during a parking lot argument with fellow collectors.

The draw: relatively inexpensive packs of Bowman, Topps, Donruss and Panini cards that can be purchased at big-box retail stores for $9.99 and immediately listed on eBay for $40.

Or, better yet, boxes of cards sold for $25 and quickly “flipped” for $45. Profits are higher for elite “pulls” – individual star player, specialty or autographed cards pulled from within the packs.

And you thought college football was going through major changes.

Not when you walk into Target and see a sign put up since just after the Wisconsin incident: “To ensure the safety of our guests and team members, effective May 14th, MLB, NFL, NBA and Pokemon Trading Cards will no longer be sold in stores until further notice.”

Walmart has also pulled those cards from its shelves as retailers, collectors and card companies adjust to a zany market.

Many retail outlets tried a policy limiting customers to one box per person and/or a once-a-week sales hour. But that’s part of what created long lines, and trouble among customers.

Some trading cards, such as Hasbro’s “Magic: The Gathering,” are still available at Walmart and Target. But the only baseball cards on display on June 1 in Mount Pleasant were three packs of 2020 Topps cards at the Wando Crossing Walmart.

How did we get here?

To the point where a clerk at Mount Pleasant’s Target store said, “I’ve worked here for three years and never answered a baseball card question until six weeks ago and now I get four or five a day.”

A perfect storm, that’s how.

The typical card craze scene, Owens said, involves “flippers” staking out stores before cleaning out the shelves. One Target store manager in Gastonia, N.C., told Owens of an incident in which a few collectors distracted employees while another snuck in a storage room to search for card boxes.

Sports card collecting since the 1950s has had an ebb and flow. There were peak extremes in the 1990s, when the Charleston area had at least seven active sports card shops at the same time.

Most of them, as in other parts of the country, went away with the popularity of eBay and other online buy-sell-trade options.

This latest interest surge began just before the pandemic but exploded, Owens said, as “everybody was sitting around with nothing to do and getting nostalgic while going through card collections and looking on eBay.”

ESPN’s 2020 Michael Jordan documentary drove up the price of his cards and others.

High-end cards are graded by experts from 1 to 10 for maximum sale price. But PSA and Beckett, top card-grading companies, are so backed up with requests they have suspended most grading services.

That’s why serious flippers and neophyte investors are crowding Walmart and Target with no intention of buying cereal or dog food.

So why don’t the card companies simply hike up retail prices to cash in themselves?

They do that with “hobby boxes” – cards priced higher, packed with more star cards per box and sold at specialty card shops and elsewhere. But more conventional “blaster boxes” available at Target and Walmart are priced per negotiation with the retail stores wanting lower priced products kids can afford, Owens said.

The nerve of some of those collectors after storming retail aisles …

“They try to return the cards they don’t want,” a manager at Mount Pleasant’s Walmart at Wando Crossing said.

Diamond Heroes is stocked with inventory from single cards to hobby boxes, from sports and non-sports cards to other memorabilia.

“The high-end football and basketball stars are fueling the hobby’s great success these days,” Whitfield said.

Step right up, get your Trevor Lawrence rookie cards. But step quickly.

There is no timetable for a sports card return to Target and Walmart.

For now, there are no ominous lines outside the door at Charleston area stores in the morning.

Sadly, there are no kids in the sports card aisle waiting to find a 2021 Jackie Bradley Jr. to swap for a 2020 Ozzie Albies.